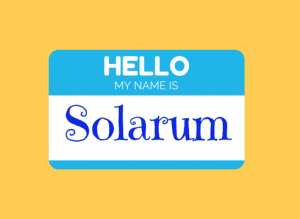 *This was originally written in March, 2015, after they had been referred to as Aaron – Aaron Connection or Aaron, One Who Is Plural – for 5 years.

It’s funny, because it turns out, they introduced themselves to me very clearly this way in the fall of 2009 – when they were coming to me through upside-down and backward writing.

They told me that it meant they were the Plural One. I thought: This is crazy. I am crazy.

I looked it up and found nothing. I searched and searched, and nothing. They were very clear with me that they were the One Who Is Plural and so I went with that, denying the possibility that Solarum meant plural one.

It’s funny because I completely put Solarum out of my mind, and later went on to insist that they share a more traditional name with me (more traditional than the concept of One Who Is Plural). After much back and forth, they finally brought me to the name Aaron.

I didn’t like it at first because of other associations I had with that name, but they insisted that I look it up. I put the name into a search engine and the first result that I checked spoke of Aaron from the bible – Moses’ brother, and it referred to him as “the one with the words.”
That felt reassuring to me. I could trust them to have the words.

Even after I got my way and had the name of Aaron for them, I still more fully resonated with them as One Who Is Plural.

Yesterday (March 16, 2015), through some divine magic, and the blessing of a dear friend, I shared with her about the name Solarum – it just seemed to pop out of my mouth after being out of my thoughts for 5 ½ years. I had never spoken it aloud before, as I had only seen it through their upside down and backward writing in those first days of interacting with them.

As I mentioned it to my friend, I laughed heartily about how crazy it all was, but began to realize that maybe Solarum didn’t need to have a human definition of Plural One for it to be the name that fit that concept for them…

I eventually popped it into a search engine to “prove” that there was nothing to find, and instead of finding nothing I found their proof immediately.

Five and a half years, divine timing… Feeling awe, and reveling in a new level of belief and recognition.

Solus (Latin Etymology Probably related to se ‎(“oneself”). See English self, selfdom.)
Adjective, sōlus m ‎(feminine sōla, neuter sōlum); alone, sole, only, by oneself with no others around