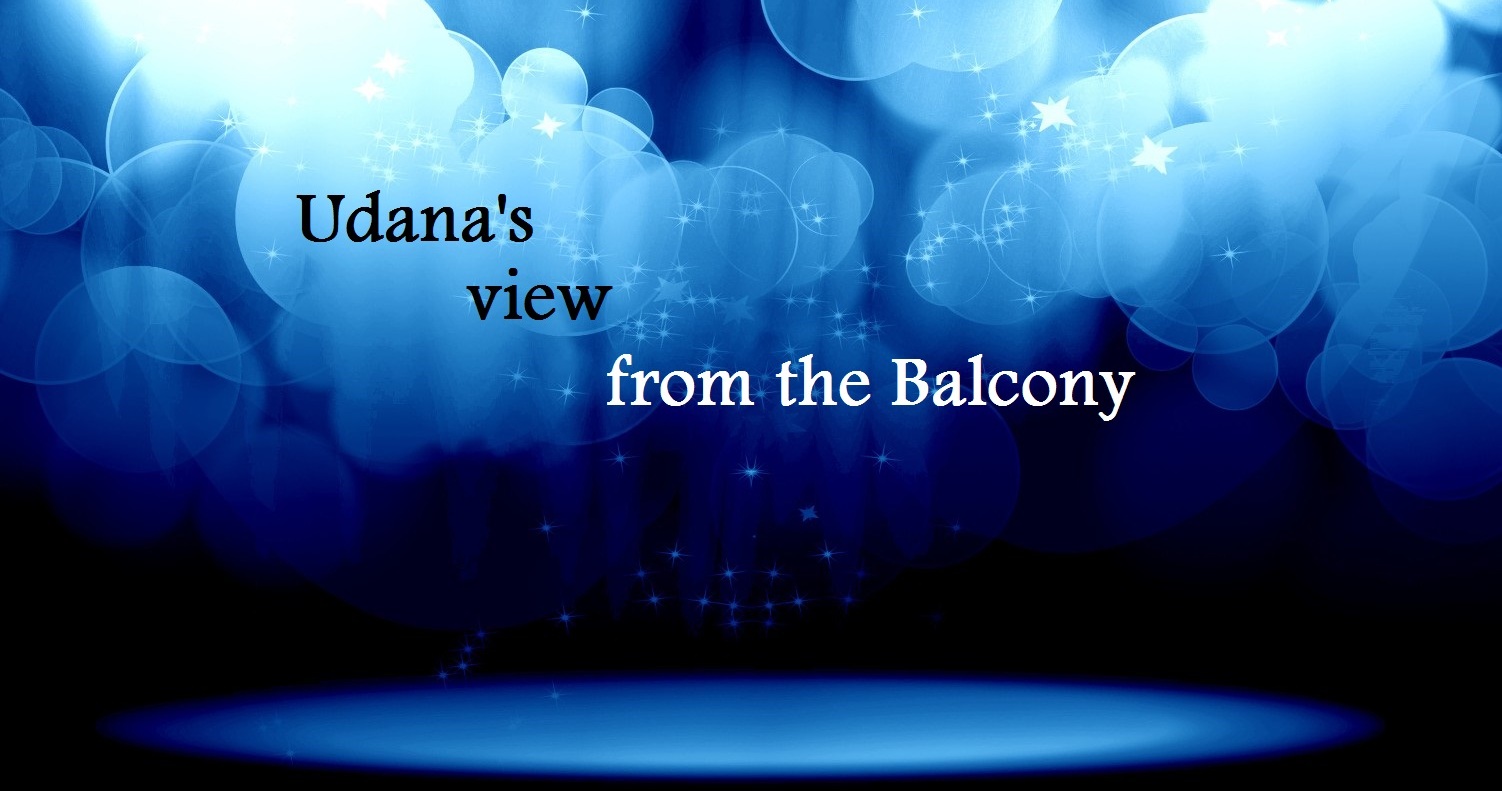 Sharing her unique view of life in connection with spirit…

Report from the Balcony

From my perspective “in the Balcony” I have been known to be a bit sassy. I would like to think that I am getting much better and, because of my current level of faith in them, I don’t talk back as much as I once did…

but today, as I was in my daily personal connection with them, they were sharing with me the benefits of releasing things/stuff as being significant to my journey.

It frees you up to step into a new paradigm, a new upleveled paradigm, when you are no longer hindered by the past. Yes? ~Solarum

From the Balcony, I was seeing my books as being a good place to begin releasing, and they started to scroll through my mind, and I started feeling resistant… thinking: Maybe I  will wait and do them later… Maybe I don’t need to really let go of them now… 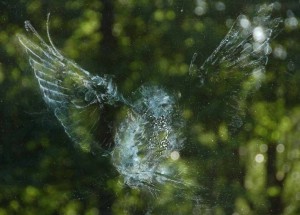 Picture for illustration only

A bird slammed into the window as if it were flying right for my head!

It was loud and shocking, and I let go of the connection because I felt like the message had been delivered.

Birds hurling at my head to get me to pay attention! ♥

It’s funny because they began their conversation with me today by discussing the value of noticing “slight vibrational variances” and getting on track from there, rather than needing major disturbances to pay attention. At least this message was just Loud and didn’t cause any major disturbance to me – or the bird. (I saw him fly away.)

Sending BLISSings to you, and wishes that you may be tuned in to the “slight vibrational variances” also. ♥ I am going to grab a box and begin sorting through books to release!

We are all the Divine 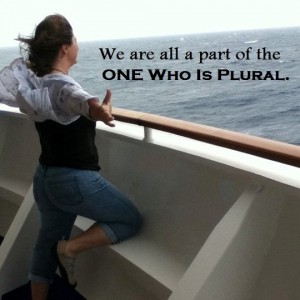 We are all the Divine seeking to express through the limitations of physical, and as we play and perceive through these self-imposed limitations we create expansion for the ONE.

I am living in acknowledgment of the Magnificence residing within each one of us, recognizing that we all emanate from the ONE.

We are all a part of the One Who Is Plural. *This was originally written in March, 2015, after they had been referred to as Aaron – Aaron Connection or Aaron, One Who Is Plural – for 5 years.

It’s funny, because it turns out, they introduced themselves to me very clearly this way in the fall of 2009 – when they were coming to me through upside-down and backward writing.

They told me that it meant they were the Plural One. I thought: This is crazy. I am crazy.

I looked it up and found nothing. I searched and searched, and nothing. They were very clear with me that they were the One Who Is Plural and so I went with that, denying the possibility that Solarum meant plural one.

It’s funny because I completely put Solarum out of my mind, and later went on to insist that they share a more traditional name with me (more traditional than the concept of One Who Is Plural). After much back and forth, they finally brought me to the name Aaron.

I didn’t like it at first because of other associations I had with that name, but they insisted that I look it up. I put the name into a search engine and the first result that I checked spoke of Aaron from the bible – Moses’ brother, and it referred to him as “the one with the words.”
That felt reassuring to me. I could trust them to have the words.

Even after I got my way and had the name of Aaron for them, I still more fully resonated with them as One Who Is Plural.

Yesterday (March 16, 2015), through some divine magic, and the blessing of a dear friend, I shared with her about the name Solarum – it just seemed to pop out of my mouth after being out of my thoughts for 5 ½ years. I had never spoken it aloud before, as I had only seen it through their upside down and backward writing in those first days of interacting with them.

As I mentioned it to my friend, I laughed heartily about how crazy it all was, but began to realize that maybe Solarum didn’t need to have a human definition of Plural One for it to be the name that fit that concept for them…

I eventually popped it into a search engine to “prove” that there was nothing to find, and instead of finding nothing I found their proof immediately.

Five and a half years, divine timing… Feeling awe, and reveling in a new level of belief and recognition.

Solus (Latin Etymology Probably related to se ‎(“oneself”). See English self, selfdom.)
Adjective, sōlus m ‎(feminine sōla, neuter sōlum); alone, sole, only, by oneself with no others around

I want to share with you about my connection with Solarum.

At this point in my journey I understand that I came into this life experience to share this connection, but I had to be awakened to this remembering.

How do I share with you briefly about how Solarum became a part of my experience?
I did not seek this out – although I was seeking deeper personal connection. It was from that state of deep personal connection that I was able to hear them. Surprising me, a voice rang out from within my being, the vibration reaching my ears, telling me to turn my paper over and write upside down and backwards.

I followed their directions, stunned by the magic of the interaction.

It was explained to me that the upside down backward writing would help me disconnect from my thinking mind and allow me to flow their message.

I was overjoyed at the connection and the flow, but happy for it to remain like that – me, in connection, writing and allowing forth love and deep wisdom. This was my bliss.

But my silent bliss didn’t last for long before they called for me to speak. The idea of speaking their words terrified me. I was happy maintaining my silence in my personal connection.

They encouraged me to speak and I resisted. They continued, telling me it would flow with ease, and I refused in my fear.

My resistance to speaking my source connection began to show up physically. I suffered a sore throat, coughing, the feeling of my throat closing, and laryngitis. The recurring throat problems went on for many months before I opened up to some dear friends about what I was experiencing. It was with their love, encouragement, support and questions that I finally opened up and gave voice to my Solarum Connection.

I had no idea that all of my fear was holding me apart from my deepest bliss – but it was.

I am honored beyond imagination to serve in this way – to serve as a conduit for this connection to source love and energy.